Lie on the mat, bend your knees and press your feet against the mat (at shoulders’ width). The knee joints are at about a 90-degree angle. Hold your head with your hands behind your ears with your elbows apart.

From the starting position, go up to an almost sitting-up position while contracting your abdominal muscles. Go down in the same way and inhale. Exhale as you go up from the mat. Do the required number of repetitions. Keep your elbows apart and your shoulder blades towards each other throughout the entire movement.

Make sure your feet are in the correct position and that there is a sufficient angle at your knee joints. Make sure you breathe correctly and keep your pelvis in a neutral position to avoid lordotic swayback at the waist (over bending the lower back). Concentrate on abdominal breathing! Exercise the movement by pulling (involving your abs correctly) rather than swinging up. Avoid uncontrolled motion while going down and keep your muscles tight throughout the entire movement.

Sit-ups are an exercise that used to be extremely popular in the past but it fell into disgrace after bodybuilders realized that it actually doesn’t strengthen the external abdominal muscles as the main target.

The main muscle involved in the movement is psoas major muscle. The visible abdominals are also strengthened but to a lesser degree than by crunches.

Sit-ups are strengthening the very important core muscles serving as hip flexors, especially psoas major which should not be underestimated. 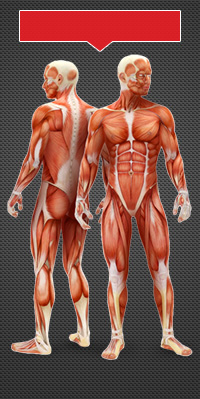